The awards evening at the Birmingham Film festival was a terrific experience, as I waited to hear if we had won anything I soaked up the atmosphere and met some amazing people.

Nominated for 2 awards was and still is amazing, sadly no wins but just to be there and be nominated is a great achievement not just for me but for the amazing people I worked with on the project.

I was saddened to hear of the passing of Val, I met her while filming for the stroke association, putting together their post stroke review video.

A lovely lady, my sympathies to her family and friends.

This video is dedicated to her memory

My short film Potatoes looking at domestic bliss/violence is notably in the Birmingham Film Festival, but it has been nominated for 2 awards.

I am over the moon!.

Screening at the festival is the 3rd November between 12 and 2, at Millennium Point Birmingham. The awards will be announced at the gala dinner on the 9th.

My short film Potatoes, which deals with domestic violence is now entered into the Briming ham film festival, which is in November. I cant tell you how thrilled I am.

Ill keep you posted on screenings.

The last video of 6, very emotional journey, met these wonderful people I wish Nielam and Santokh, continued speed in his recover

Working for the stroke association.

Ive just finished 6 films for the stroke association this is the latest.

Im very proud of it..

I have now completed 4 films for the stroke association. Its been an amazing experience meeting so many incredible people, and with 2 more films in the pipeline, I am very happy with what’s been achieved.

Ive spent the last few months working for an incredible charity. I have created 3 videos, with a 4th in the edit stage and another 2 being filmed very soon.

Its been challenging and emotional, and they will soon be on line once they are I’ll post links to the finished films.

Been very busy working for a national charity that provides support to stroke survivors. Its been moving and emotional, the results are terrific, and there’s more to follow, already created 2 films, and a further 4 in the pipeline. 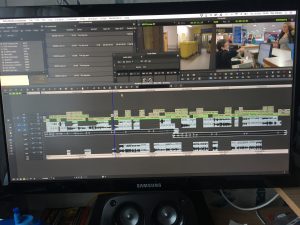